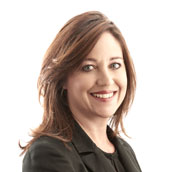 Suzette obtained a BA LLB from the University of Stellenbosch in 1994. She worked in the Pretoria and Cape Town branches of the RAF until she joined ENS in 1997 where she completed her articles and was admitted as an attorney in 1999. She next joined MacRobert in 2003 and was promoted to director in 2008 and practices in the field of medical professional indemnity law. She also holds a Certificate in Medicine and the Law from UNISA. Suzette has significant experience in the assessment of damages claims and is regularly invited to speak to a wide range of audiences on various aspects of medical law and ethics.