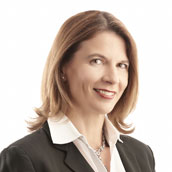 Nicola has practised as a litigation attorney since 1992. She joined the Cape Town office of MacRobert in 1995, was appointed as a director in 1998 and has headed up the Cape Town office since 2005. Since joining MacRobert, her practice has focused on representing medical and dental practitioners and psychologists. This has included preparation for and representation during civil claims, inquest hearings, criminal trials and professional conduct inquiries at the Health Professions Council of South Africa.

She has been involved in the preparation of claims which have gone on appeal both to the Full Bench and to the Supreme Court of Appeal and has successfully represented practitioners at appeal proceedings including the landmark case of Truter and Another v Deysel, in 2006 which confirmed that in medical cases, prescription commences to run as soon as the patient sustains harm and not only when the patient secures expert opinion that the practitioner was negligent.

She advocates mediation (especially in matters which are emotionally charged) and has found this to be a useful tool with which to expedite settlement of disputes.