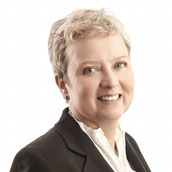 Marinda obtained the BLC and LLB degrees from the University of Pretoria. She also holds a LLM from UNISA. She was admitted as an attorney on 11 February 1992 and has been involved with medical negligence cases, complaints against practitioners and the prosecution of practitioners on instructions from the Health Professions Council of South Africa (HPCSA) for most of her professional life. She also held appointments as a legal official at the Law Society and HPCSA.

She joined the MacRobert medical malpractice department in 1998 where she has been focusing on HPCSA matters.