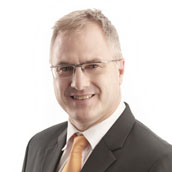 After obtaining a B. Iuris degree, Jodie began his career at the Pretoria Deeds Office in 1996. He was a Snr. deeds examiner and also involved in presenting training in the field of sectional titles to the Pretoria and Botswana deeds offices and in updating and compiling deeds office records after the Municipal Structures Act came into operation. In 2003 he was awarded the highest merit award for senior examiners. Jodie joined MacRobert Attorneys as a paralegal in 2005 and completed his LLB degree at the University of Pretoria two years later. In 2007 he was admitted as an attorney, conveyancer and notary. He is an ad-hoc lecturer on behalf of LEAD, presenting Conveyancing admission and preparation lectures. He is currently a director in the Property Law Department.  Jodie serves as a member of the Pretoria Attorneys Association Executive Committee, the LNSP Property Law Committee and the Pretoria Property Law Committee.