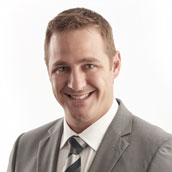 Jan qualified with a LLB degree from the University of Pretoria in 2004. He joined the corporate division at MacRobert during 2005 where he practised in general litigation, mineral law, land claims and evictions. He was admitted as an attorney on 3 July 2006. During 2007 Jan moved to MacRobert's financial recoveries division where he gained extensive experience in mass debt collection and banking law. He was promoted to director in 2010.