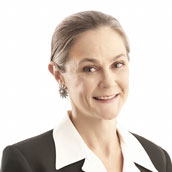 Diana qualified with the degrees BA LLB from the University of Cape Town in 1989 and was admitted as an attorney in 1992. She practised in the fields of human rights, personal injury and insurance law, at partnership level from 1995, until joining MacRobert in 1999. Di was a director of MacRobert from 2000 until 2008, jointly heading the Cape Town medical section for some two years, and is now a consultant. Diana's areas of expertise include all aspects of medical law, especially those relating to the Health Professions Council of South Africa, inquests, civil litigation and criminal proceedings. She has presented on these topics at conferences and also lectured law graduates in personal injury law for several years.